Rabbit Class have been thinking and talking about Christian values.

We talked  about Albrecht Durer the artist who sketched

Praying Hands. Then we thought about our own lives.

A Story full of love

Back in the 16th century, in a tiny village near Nuremberg, lived a family with 18 children. In order to keep food on the table for his brood, Albrecht Durer, the father​ and head of the household worked almost 18 hours a day.

Albrecht and Albert, had a dream. They both wanted to pursue their talent for art, but they knew that their father would never be able to send either of them to Nuremberg to study at the academy there.

After many long discussions at night in their crowded bed, the two boys finally worked out a pact. They would toss a coin. The loser would go to work in the nearby mines and, support his brother while he attended the academy. Then, in four years, when that brother who won the toss completed his studies, he would support the other brother at the academy, either with sales of his artwork or, if necessary, also by working in the mines.

They tossed a coin on a Sunday morning after church. Albrecht the Younger won the toss and went off to Nuremberg. Albert went down into the dangerous mines and, for the next four years, paid for his brother work at the academy. Albrecht's etchings, his woodcuts and his oils were far better than those of most of his professors, and by the time he graduated, he was already beginning to earn lots of money.

When the young artist returned to his village, he said, "And now, Albert, blessed brother of mine, now it is your turn. Now you can go to Nuremberg to pursue your dream, and I will take care of you."

But Albert replied, "No, brother. I cannot go to Nuremberg. It is too late for me. Look what four years in the mines have done to my hands! The bones in every finger have been smashed at least once, and lately I have been suffering from arthritis so badly in my right hand that I cannot even hold a glass to return your toast, much less make delicate lines on parchment or canvas with a pen or a brush. No, brother, for me it is too late."

HOW DID THESE BROTHERS SHOW LOVE?

What did Albrecht do?

What did Albert do? 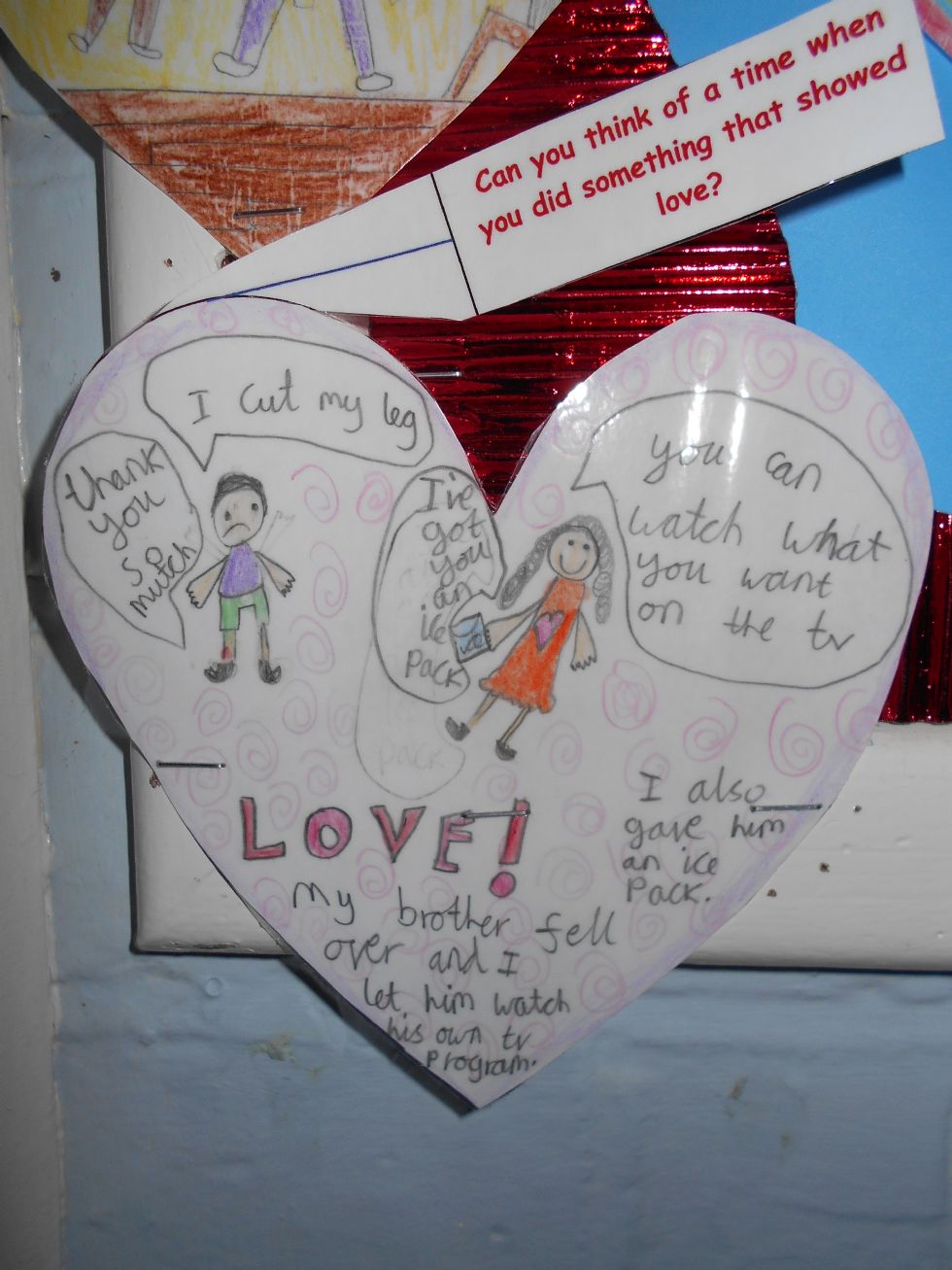